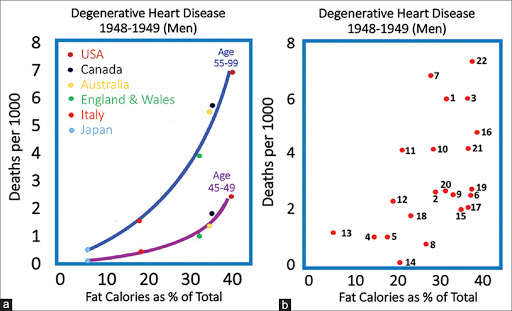 Dr. Tony Hampton’s blog is designed to fix many of the old beliefs many of which were based on science which is not longer serving us.  The information shared will sift through the vast amount of confusing data and provide a simple way to think about how you approach your health.  This blog will be based on scientific evidence using the most current evidence available at the time.  Science is forever changing, so be open to a different way of thinking so you can use continuous learning to improve your life.

Why you should not fear eating more fat in your diet

The fear of fat in our diet all started with Ancel Key’s Seven Countries Study where he compared the health and diet of nearly 13,000 middle-aged men in the U.S., Japan, and Europe.  His research led to the belief that countries like the United States consumed large amounts of fats resulting in high levels of illness including the leading cause of death: heart disease

This graph shows this correlation.   Since Keys was so well respected, his research persuaded the American Heart Association in 1961 to issue the country’s first-ever guidelines to reduce saturated fat in our diets.  What is not know by most people is that Keys actually gathered data from 22 countries.

The graph above shows the original evidence and confirms the so-called correlation between heart disease and saturated fat was not as convincing. After further review of Ancel Key’s data by scientists, the dietary component that correlated the most to heart disease was not fat but sugar.

So what should a person trying to improve their health do?  Well, the first thing is remove old beliefs based on flawed data which told us saturate fat is bad.  Second, we need to reduce the sugars in our diet.  But in order to reduce sugars, we will need to reduce our carbohydrates since they are easily broken down into sugars when our body processed them.  Eating a low carb high and healthy fats is the path to healthier living.  So what do you think?  Are you ready to return to the butters and eggs you have been avoiding?  What are some of your favorite low carb high fat foods? 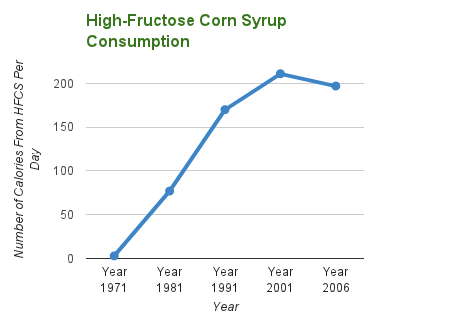 Fix Your Love of Fructose 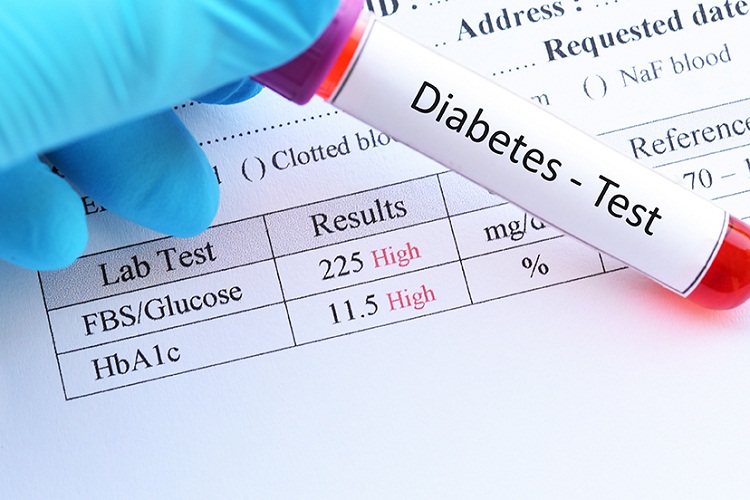